You are here: Your Home *** Information *** Eating Disorders

Eating disorders can be a mental illness. They tend to affect people of all age groups and sex. Often people with eating disorders are not diagnosed and can go on a long time without any treatment until it starts to affect the body’s general health. 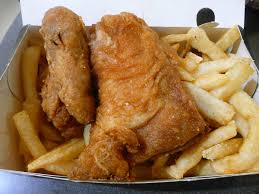 Unfortunately young women are most prone to this disorder with 1 in 100 young women experiencing anorexia and 1 in 20 women practicing bulimia at some stage. The most common symptom of people with eating disorders is an obsession with food.
Anorexia is common and is noticeable, however overeating disorders are often just dismissed as someone being lazy or greedy; This is not necessarily the case.

Some warning signs for an overeating disorders are a sensitivity to temperature often complaining of over heating; There may be poor stamina accompanied with faintness and dizziness. As the eating disorder progresses, it may change the persons appearance and they often have an increased irritability. With the body image failing, the mind is trapped into a psychological loop that is temporally relieved by eating followed by a shameful, disgusted feeling afterwards. Perhaps one of the worst features of this vicious cycle is that the psychologically negative loop often leads to social withdrawal, anxiety and depression. This is also a time that these people need the support of others the most.

Often the internal guilt that occurs after overeating leads to bulimia; where the person deliberately induces vomiting to bring up the excessive food consumption. Unfortunately, bulimia can lead to tooth decay and damage due to the acidic nature of vomitus. Some of the causes of anxiety overeating can be traced back to our fast food lifestyle, where calorie packed food is eaten but gives very little appetite satiety. A result can be an overeating disorder with weight disorder, now a recipe for increased social anxiety. A low self-esteem is almost universal with eating disorders.

Many people have problems with eating disorders, but it is not a weight gain problem as it also involves your self image.  Getting professional help is necessary as recovery is generally slow as you have to relearn that eating must be done in a positive non-destructive manner. Not all the consequences of overeating disorder are the usual suspects of hypertension, heart disease, diabetes and asthma, but sometimes the build up of waste products from an unhealthy diet can lead to auto-immune diseases as well.  The body can not cope with the elimination and build-up of toxic wastes, it thinks it is being attacked by an invader and launches an immune response that can be self-destructive.
If you have someone you care about and may be suffering from an eating disorder, try and approach your concerns in a genuine non- threatening manner. Focus on the behaviour not the weight and encourage them to seek professional help.