You are here: Your Home *** Healthinfo *** Epilepsy

Epilepsy is a brain disorder that causes repeated seizures. There are many different types of seizures with different 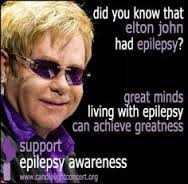 symptoms. Medicines can help prevent these seizures.
A seizure is a disruption to normal brain activity. This can cause brief changes in thoughts, feelings, sensations, movements, behaviour or awareness.

Many people will only ever have one seizure, but a 1/3 will go on to have more seizures and be diagnosed with epilepsy. The treatment varies from person to person. If the seizure lasts for 5 minutes or longer or it is the first seizure fring for an ambulance unless the patient has an epilepsy managemant plan.

Causes of epilepsy.
Epilepsy can start at any age. It can be inherited, or it can be caused by anything that damages the brain such as head injury, brain infection, stroke, alzheimers disease and a difficult birth.

There are often triggers that can set off a seizure such as a lack of sleep, stress, missing meals, illness and severe temperature changes. Other additional causes can be menstruation, flickering lights, alcohol, caffeine, some medicines, changes in medication and illegal drugs.

Types of Epilepsy
There are several different types of seizures each in a different class. The three main classes are focal or partial seizures, generalised seizures and unknown seizures.
Focal seizures start in one part of the brain and may spread to become generalised. Some focal seizures you may be conscious but you may have odd sensations with what you hear, smell, see, taste and have muscle jerks. Other focal seizures may alter the awareness and you can become vague and confused with strange behaviour. You probably will not remember the seizure.
General seizures affect both sides of the brain. There are absence seizures where you lose consciousness or suddenly go blank for a few seconds. You eyes may roll up and your face may twitch. Often these seizures occur in childhood and can be mistaken for daydreaming.

Tonic seizures may cause you to lose consciousness and your whole body may go stiff. You may then go inter a state of clonic body shakes or jerks from muscle contractions. There can be a risk of self harm through tongue biting and you may lose bladder or bowel function. Afterwards there may be confusion or drowsiness and you may not remember the seizure.

Medicines
The medicines will not cure epilepsy but can prevent seizures. Every different type and person must have their medication tailored for their needs. Missing medications can precipitate seizures. Some epilepsy medications can reduce the effects of oral contraceptives especially the low dose ones. 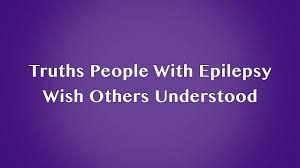 It is important to keep a diary of your seizures, and get enough sleep. Make your living space safe by removing sharp edes that you may fall upon if having a seizure. Use showers rather than baths and avoid head injury.
First aid for seizures includes staying with the person, and protect them from injury, roll then on their side in recovery position after the jerking stops, check breathing and be aware of the length of time of the seizure.

Phone for ambulance if it lasts fore than 5 minutes, there is a second seizure, the person is pregnant, the person is diabetic, or remains unconscious for more than 10 minutes or is in danger.