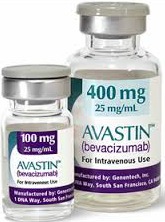 Robb, Don't "Cave in" to the US or no more drugs for the needy?

We could end up paying hundreds of millions more for drugs if United States trade negotiators get their way. United States negotiators want 12 years of exclusivity and extended protection for cancer therapy drugs in order to encourage innovation.  The issue has pitted the United States, which has argued for longer protection, against Australia and other delegations who say such measures would strain national healthcare budgets and keep life-saving medicines from patients who cannot afford them.

Mr Robb will not move further than five years, despite the US pushing for a compromise eight year period. "Australia's current arrangements ... are completely adequate and any proposed changes are non-negotiable, this is a red line issue for us," he said.

Many years ago, under the John Howard government, Australia relented in a trade deal and, you the tax payer, ended up paying $80 for cholesterol lowering drugs which now are available for one fifth of the price.

Trade deals are to break down trade barriers not prop up US protection. As trade minister, Andrew Robb your credibility is on the line!